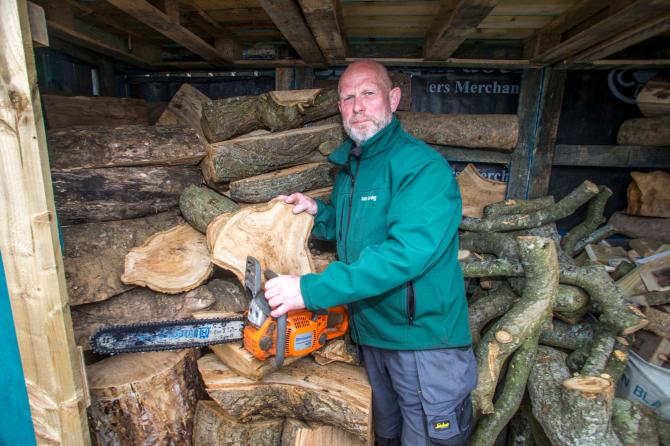 A SPANISH Sweet Chestnut tree, which has stood alongside St Patrick's Church of Ireland in Cairncastle since the 1600s, is now in the hands of an experienced Ballycastle wood turner.

According to local folklore, the tree appeared after germinating from seeds found in a dead sailor's pocket who had been buried in the graveyard after an Armada ship was wrecked close by.

However, after falling over due to a strong wind, the tree is now in the possession of Gerard Gray who lives just outside Ballycastle.

*Full story inside this week's Chronicle*