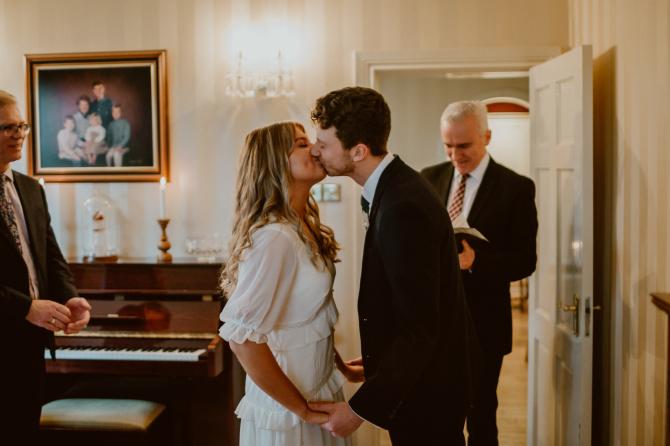 MARITAL vows were exchanged in a time of crisis last week, as a young Ballymoney woman tied the knot with her beloved in the living room of her parents, just hours before the COVID 19 crisis closed down weddings across the country.

Hours before, after every attempted revision of their carefully laid wedding plans had come to nothing, Anita McAuley and Paul Shears had finally looked at each and decided it was time to get married.

Just a few hours later, with the help of a local minister and life long family friend, Rev David Park, the loving couple finally ‘got ahead of the game’ to become man and wife.

Speaking from their honeymoon cottage near Whitepark Bay last Thursday, Mr and Mrs Shears, said they were getting along brilliantly, on their third day of married life.

Dorset man Paul said: “The wedding was originally planned for Easter Saturday (April 11) with a lot of my family and friends coming over from England, but we had to scale things down as the Covid 19 crisis worsened.”