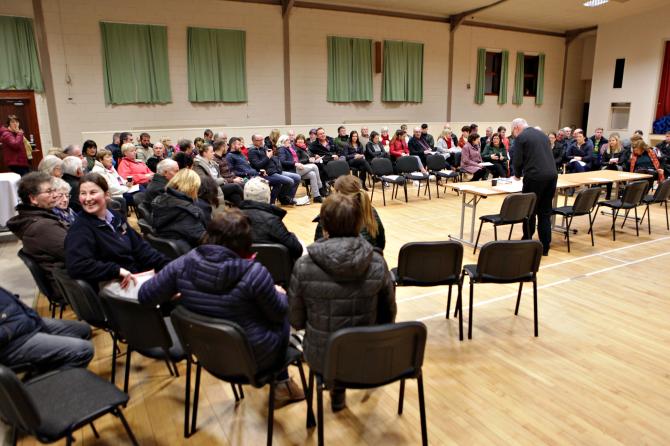 A full Carey Hall for a public meeting on the future of Barnish PS at Ballyvoy. WK50KC11BC

A REPRESENTATIVE from the Battle for Barnish campaign group insists they won’t stop with their efforts in saving the future of the school.

As reported in The Chronicle over the last couple of weeks, the Council for Catholic Maintained Schools (CCMS) have proposed that the school should close with effect from 31 August 2020 or as soon as possible thereafter.

A public meeting was held in Carey Hall last Thursday evening (5th December), with over 100 people in attendance.

Speaking to The Chronicle, a defiant Claire Deans, who is involved with the Battle for Barnish group, revealed that a planned protest will take place later this week.

“The meeting at Carey Hall was very well attended with over 100 people present who all voiced their support against the closure of Barnish,” she added.