On-street parking tickets up by 11% 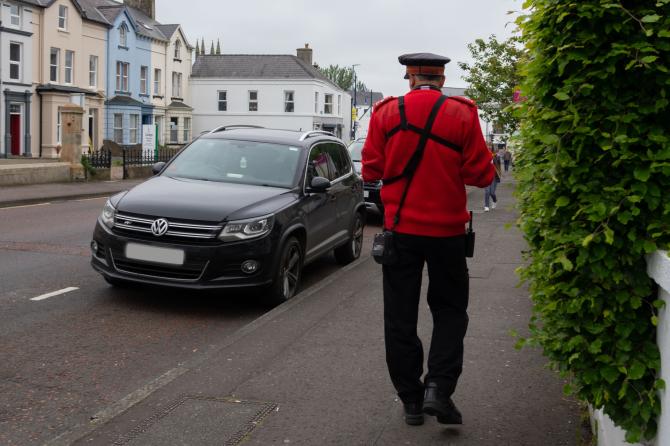 Traffic warden on Lodge Road, Coleraine as penalty charge notices from July to September 2019 have gone up by 11% across the Causeway Coast and Glens Borough Council from the same time frame last year

THE CHRONICLE can reveal that there has been a rise of just over 11% of on-street penalty charge notices (PCN's).

According to statistics from the Department of Infrastructure, a total of 1340 PCN's were issued between July to September last year throughout towns and villages within the Causeway Coast and Glens Borough Council.

However, between the same time frame this year, a total of 1488 PCN's were handed out, marking an increase of 11.04%.

There was a strong rise in tickets being issued in Ballycastle. There were 35 tickets issued between July to September last year. However, this number has increased exponentially with 83 being handed out in the third quarter of 2019.