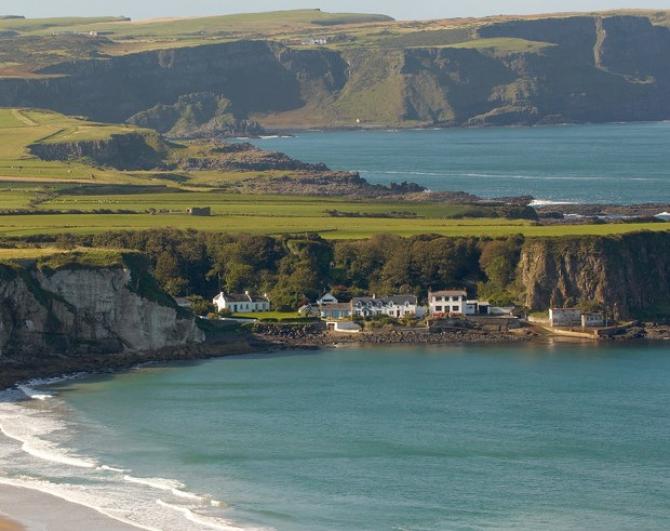 The picturesque bay at Portbradden.

PLANS to rebuild a house on land once occupied by what was reputably the smallest church in Ireland have been refused.

Civic planners had insisted that the replacement dwelling's impact on the seafront hamlet of Portbradden and the surrounding landscape was significantly greater than the existing St. Gobban’s House.

Planners also declared the design and scale of the new building “unsympathetic.”