Marie and friends raise £30,000 for charity close to their hearts 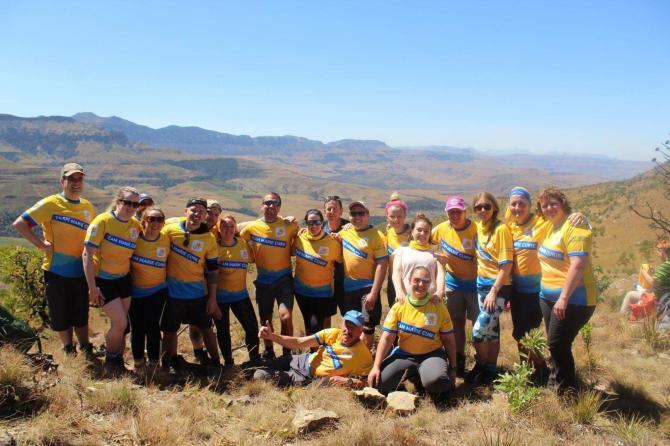 Marie, Katie and Laura with other members of the 30-40 strong group who made the South Africa Trek in aid of Marie Curie.

THERE'S not many people who would climb 50m ladders which hang over the edge of a cliff, unsupported, never mind people who are afraid of heights - but then Marie Hamilton is one of a kind.

The Cushendun woman has just returned from her second charity hike in aid of Marie Curie and as the Chronicle caught up with her, she had just picked up a load of 2020 calendars to sell to aid the charity which provides care and support to people with terminal illnesses and their families.

Two years ago Marie joined Marie Curie on a trek of the Smokey Mountain Tennessee. Also on that trek was Loughgiel woman Laura Cassley.  You can imagine Marie's joy when she found out a few days before they set off for this trip that Laura was joining once again, as well as Katie McAteer from Cushendall.

Marie said: “It was great to see familiar faces and know there were people from home among the group.  All together there were about 30 to 40 of us and all the money raised will be split between the Marie Curie NI Hospice and the Scottish Hospice.”