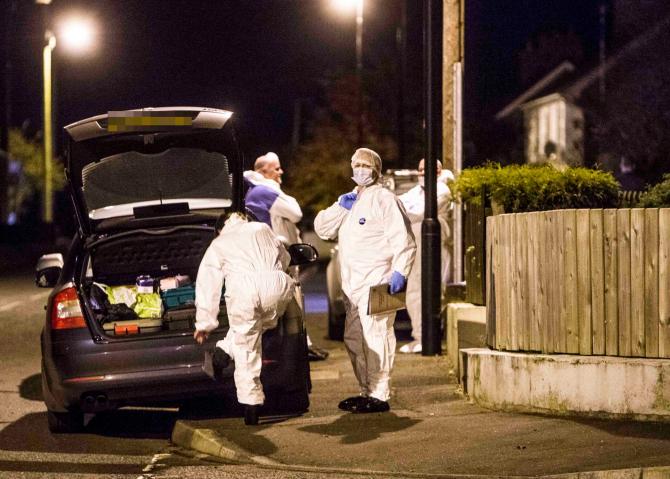 Police at the scene of an incident at Rockfield Gardens in Mosside last weekend. A couple appeared in court accused of grievous bodily harm with intent amongst other charges. Pic Steven McAuley

A JUDGE has lifted a ban on reporting allegations of child cruelty against a couple from Mosside.

They are accused of grievous bodily harm with intent, two counts of child cruelty involving two different children and causing or allowing a child to suffer serious physical harm.

The court heard an infant suffered a fractured scull, lacerations to the liver and broken ribs.

The defendants were remanded in custody and, after the judge heard a social media storm had culminated in death threats, he imposed a blanket ban on media reports of the case.