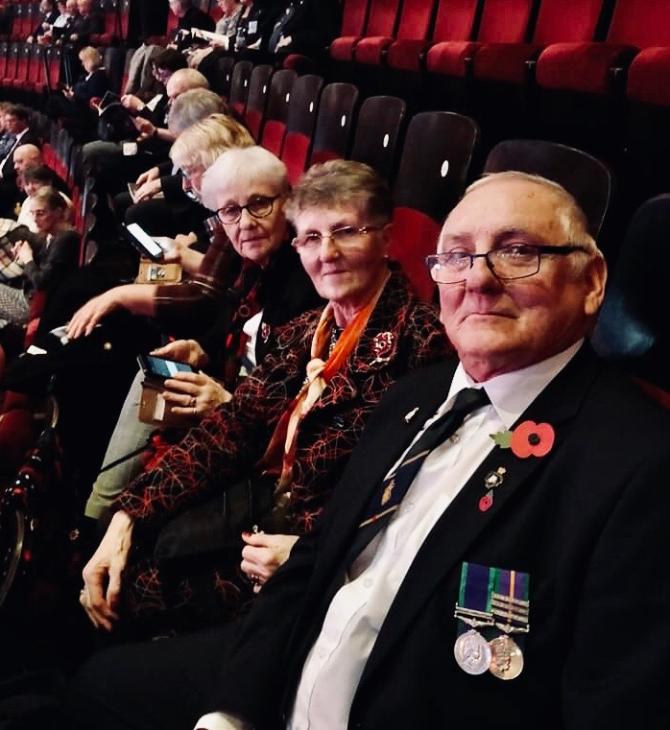 Ida McIntyre, Helen and Leslie Heaney pictured at the Royal Albert Hall for the RBL Festival of Remembrance.

LOCAL man Billy McIntyre has said it was an “honour and a privilege” to represent Bushmills branch of the Royal British Legion as a Standard Bearer at the Festival of Remembrance at the Royal Albert Hall.

Speaking to the Chronicle, Billy explained how his attendance at the prestigious event came about.

He said: “So many people want to attend the event that you have to apply for the opportunity.  It was our branch Chairman, Andy McGugan, that suggested I go to represent them and carry the Standard for Bushmills.”

Billy, 75, is no stranger to hard work after spending most of his career in Hunter Kane's and still continues to work on his 'small farm' where he tends to his cows and sheep.