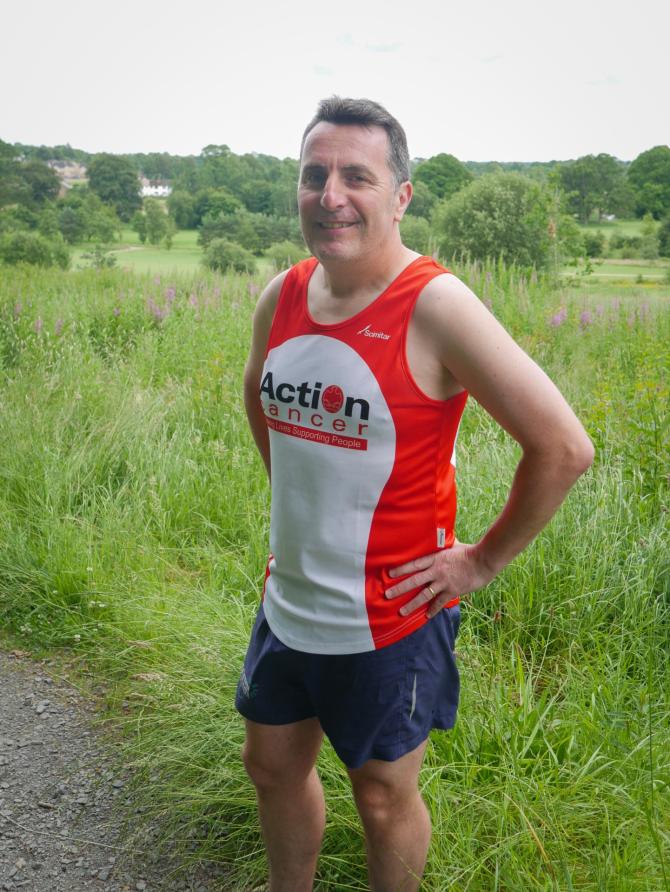 Jonny Graham who is running the New York Marathon in memory of his mum, who passed away 10 years ago from cancer. SPB32-19

Organised by Mrs Eileen White, the event is the latest fundraiser for Eileen's son in law Jonny Graham, who is taking part in the 2019 New York Marathon in aid of the charity on November 3.

To mark the 10th anniversary of his mum Ann's death from cancer Jonny has pledged to raise £3,300 to help Action Cancer's cancer prevention, detection and support services.

Eileen and Jonny were delighted at the £1500 raised, with Eileen saying: “We were delighted at how well things went thanks to the excellent support from the local community. We were trying to keep a count, which was difficult with people coming and going, but I think its safe to say that at least 100 people came along.

“I would like to extend my thanks to everyone for their generosity, with people going over and above with donations and making it a highly successful event.”

Though a Ballymena resident Jonny has close ties with the Ballymoney area being a former maths teacher at Dalriada and Ballymoney High schools.

His wife Anne's mum and dad, Eileen and Bertie are from Liscolman and he often does long distance training runs around the North Coast.