Freedom of the Borough bid for top golfers 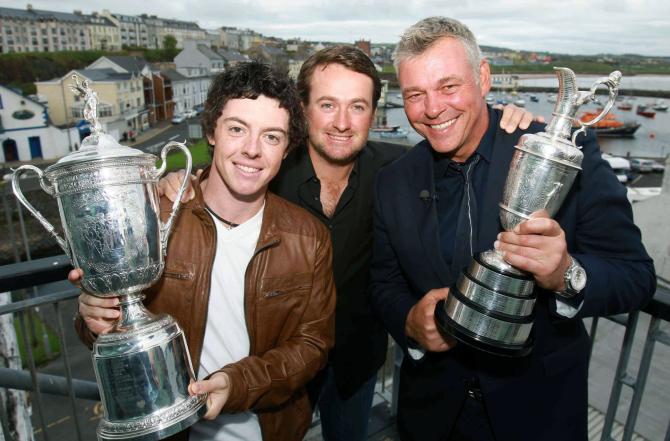 US Open Champions Rory McIlroy and Graeme McDowell with Open Championship winner Darren Clarke who look all set to be given the Freedom of the Borough by Causeway Coast and Glens councillors.

CAUSEWAY Coast and Glens Council is to consider granting Northern Ireland's trio of major winning golfers Freedom of the Borough.

The proposal will be debated on Thursday at a special meeting requested by DUP group leader Aaran Callan.

The motion calls on fellow members to recognise the work of Rory McIlroy, Graeme McDowell and Darren Clarke as “ambassadors of Northern Ireland and our Causeway Coast and Glens Borough.”

All three are credited with significant roles in bringing the Open back to Portrush after an absence of 68 years.

Starting with McDowell's US Open win in 2010, a streak of  six major championship victories from home-grown players helped ramp up pressure on golfing authorities to consider a return.

In the intervening years golf tourism in Northern Ireland has grown into an industry worth close to  £50m per year.

The 148th Open last month attracted 250,000 spectators who are expected to have provided an £80m boost to the local economy.