‘All LGBT people want is to be treated equally’- McCaw 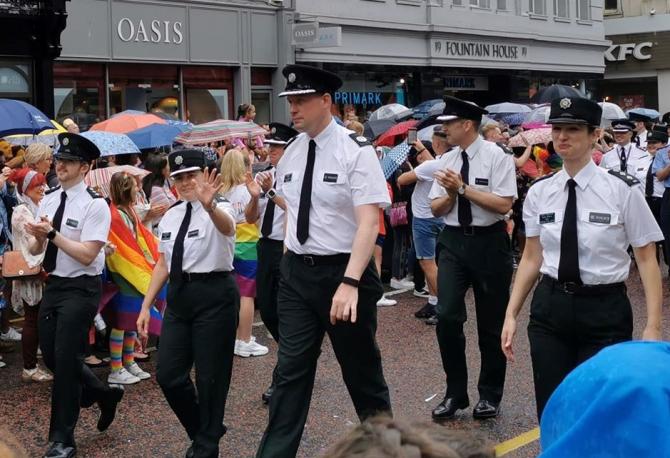 THREE top Northern Ireland public servants were  on the receiving end of letters from Ballymoney DUP Alderman John Finlay in the run up to the Gay Pride parade that took place in Belfast on Saturday.

In a flurry of letter writing days before Saturday's parade the local Alderman blasted their stance on Gay Pride parade and flag issues, urging them to change the policy of their respective organisations.

Ald Finlay wrote to the Director of BBC NI and the Chief Constable of the PSNI asking them to reconsider decisions both organisations have made allowing staff and officers to participate (See full text in adjoining letters).

In a further letter to Sir Jonathan Stephens, Permanent Secretary at the Northern Ireland Office (NIO) he expressed his “shock” that NIO had paid £10,000 compensation to a member of staff who “was offended at having to walk past a portrait of Her Majesty the Queen.”

He described it as “an utter disgrace” that a UK department of state should “be pandering to nationalist sensitivities in this way.” He wanted to know if people offended by the Gay Pride rainbow flag would be as generously.