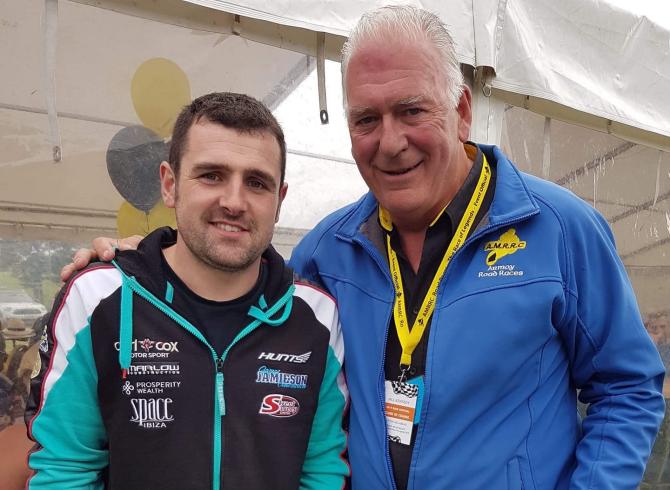 Conditions were perfect for racing, with close battles across the classes. Over ten races were held throughout the two-day event, which passed off with no major incidents. With sunshine and high speeds, the former Mayor of Ballymoney admitted that it was a “brilliant” weekend for everyone associated with the organising Armoy Motorcycling and Road Racing club.

“It was an exceptional weekend of racing in Armoy,” admitted Kennedy.

“We really had a brilliant weekend with no major incidents which is always what you want.

“I was delighted to see Alastair MacSorley back on a bike after he suffered life changing injuries at the event last year,” he explained.