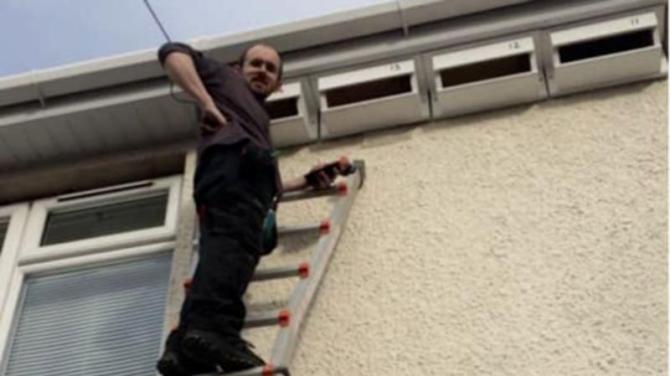 LOCAL wildlife enthusiast and Vice Chair of the Glens Red Squirrel Group, Daniel McAfee has encouraged everyone to be alert in regards to wildlife crime following on from a number of incidents involving animals and snares.

Speaking to The Chronicle after a badger which had been illegally snared was washed up on Ballycastle beach, Daniel said this is only one in a long running series of wildlife crimes in the North Antrim area, but that nothing is being done about it.

He added: “There was the cat caught in a snare at Carey Mill a while back, then we found a dead Buzzard. We reported that to the PSNI where they have a dedicated wildlife crime officer, but I would say the prosecutions for wildlife crime are little to none.

“The Buzzard was the fourth in three months, the others' were too long dead but this one has been sent away. Our initial thoughts are that it may have been poisoned, and poisoning could be either deliberate or an accident.

“It just seems too much of a coincidence that all four Buzzards were found within one mile of each other. We will know more when the results come back.”

Another concern for Daniel is those with gun licences who don't adhere to the laws.

He said: “The majority of people who have gun licences DO adhere to the law, but you'll always get those who don't and who think it's all right to go and shoot deer out of season or in areas they are not permitted to.

“Most people from here know what is legal and illegal, but when you get people coming from other parts of the UK to live in NI, they may not realise there are some changes.

“Wildlife crime is something that isn't being reported. In the past there was a building with bats in it, someone sealed up the building – which is a crime and if caught it would result in a fine of £5,000 per bat.

“Nothing came of this case in the end, but perhaps it's because enough isn't known about the laws surrounding wildlife.”

For more on this see this week's Ballycastle Chronicle