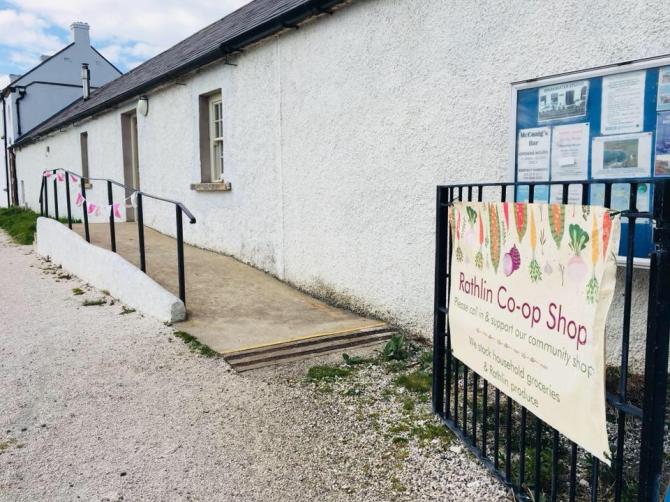 Rathlin Island Co-op shop are offering a free tea, coffee or hot chocolate for members of the public who fill buckets with waste from the beach.

A LOCAL shop on Rathlin Island is upping their efforts to reduce plastic waste by offering a free hot drink for those who collect rubbish from the beach.

The managers of Rathlin Co-Op Shop, located in Church Bay, were inspired by the initiative after seeing a similar post on social media.

Speaking to the Chronicle, Aoife O’Broin Molloy explained that this idea is just one of many to tackle the problem of pollution.

“The idea of a free coffee for collecting a bucket of rubbish came from a post we saw on Facebook of another cafe offering the deal,” she said.

“We thought it was a simple yet effective idea and decided to offer it ourselves.

“The idea ties in with a lot of initiatives on Rathlin to reduce plastic waste and keep the island tidy not only for visitors and the public, but for the residents themselves.

*Full story in this week's Chronicle