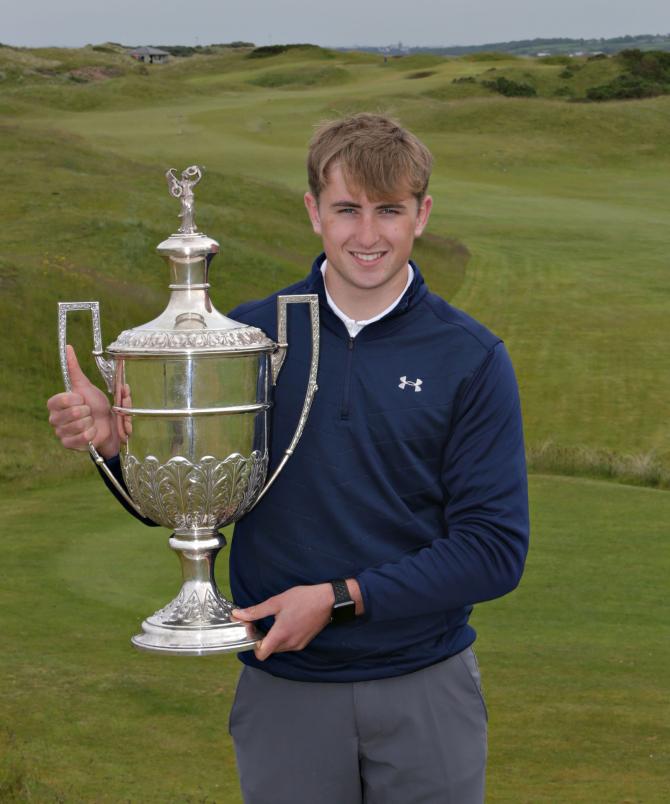 TALENTED teenager Matthew Boyd has made history by becoming the youngest ever winner of one of the country's oldest golfing prizes.

Matthew Boyd, a pupil at Coleraine Grammar School, showed maturity beyond his years to win the coveted Castlerock Cup which dates back to 1909.

Tied with opponent Conor McCracken after 18 firecely fought holes, Matthew sunk a 20 foot putt on the first play-off hole to lift the trophy, the biggest win of his career.

His victory maintains a proud family tradition with his great uncle winning the same trophy back in 1980 and hints at a bright future in the game.

"The long-term goal is to try and secure a scholarship in America - that would be really good if I could make thsat work," admitted the sixth form student.

Boyd was one of four winners at Castlerock Golf Club's annual Finals Day, one of the biggest days in the club's calendar.

For a full report and pics from a busy day see this week's Chronicle.