Cancer survivor keen to push charities to the fore 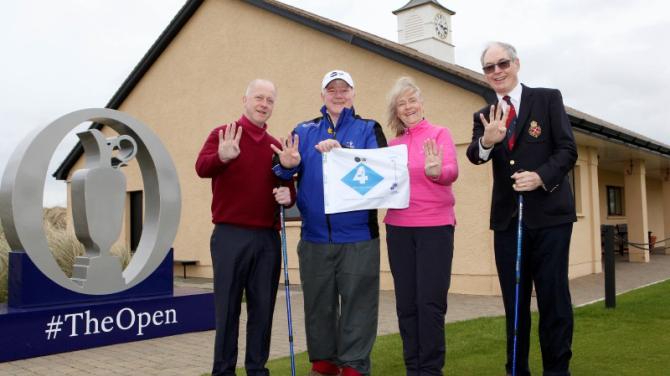 BRAVE cancer survior Nick Edmund is flagging up the incredible work done by cancer charities by completing a walk - carrying a set of golf clubs - across Northern Ireland.

The 58-year-old former barrister and golf writer began his odyssey in Fermanagh at the Lough Erne resort before completing his challenge at Royal County Down.

In between times, he visited a number of north coast clubs, including Royal Portrush Golf Club,, as part of his Global Golf4 Cancer 4-Flag Campaign.

At each, he played the fourth hole before symbolically raising GG4C 4-Flag to help raise awareness of his campaign.

“That’s the idea - to raise awareness,” Nick told me during his brief stopover at Royal Portrush, host venue of The 148th Open in three months’ time.

“Cancer affects everybody and the two things in the world to me which are global are cancer and golf.

“The flag is really an emblem for the campaign and hopefully its appearance at the various clubs gets people talking about cancer."