Hurling champs up and running 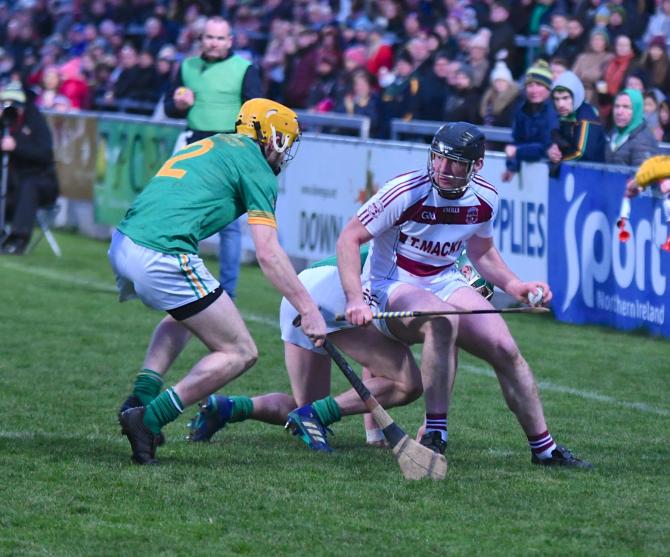 Brendan Rogers scored 2-2 for the Derry and Ulster champions.

DERRY and Ulster champions Slaughtneil eased to an opening win of the season at home to understrength Ballinascreen missing among others the experienced ex Derry player John McCloskey.

Slaughtneil welcomed back defender Paul McNeill who missed most of last season with a  shoulder injury. They look unstoppable in Derry but unfortunately there is no Ulster or All Ireland competition  this year due to time constraints.

With 20 minutes gone the winners led 0-6 to 0-4, but whatever was said at the first water break made a difference.

The champions began to create more space and a Brendan Rogers goal began a 3-3 scoring burst inside five minutes and they were 3-13 to 0-4 ahead at the break, with Mark McGuigan and Cormac O'Doherty grabbing the other goals.

Ryan Scullion notched the first score of the second half for Ballinacreen but Rogers' second goal had the home side back on brilliant form,

The powerful Jerome McGuigan was in unstoppable form and bagged two second half goals, but was sent off late on for grabbing Emmet Donnelly's faceguard in a challenge which saw the 'Screen man pick up a yellow card.