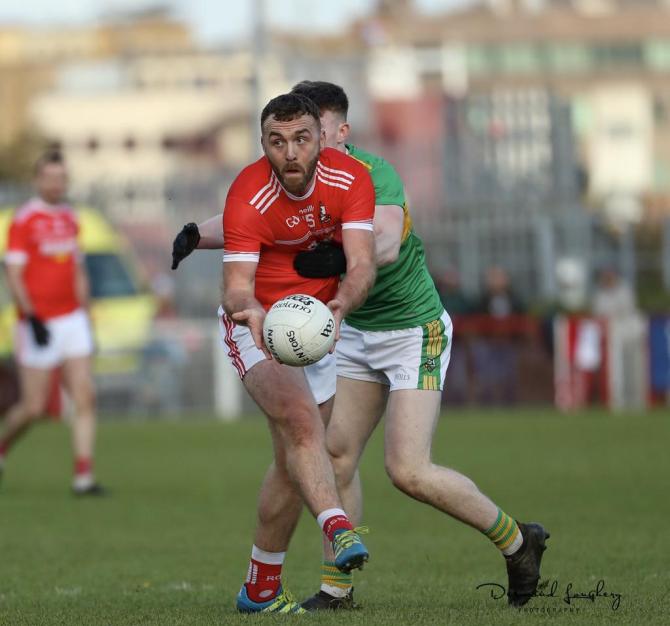 Emmett McGuckin has been instrumental in Magherafelt's success this year.

DERRY senior football champions Magherafelt take a step into the unknown this weekend when they face Down representatives Kilcoo in the Ulster Club Senior Football Championship.

The O'Donovan Rossa hadn't won their domestic county title in over 40 years before beating local rivals Maghera earlier this month and now step onto the provincial stage for the first time in a generation.

And the mid-Ulster side, surprise winners of the John McLaughlin Cup, could have hardly have wished for a more difficult game with which to start.

Kilcoo, under the guidance of former Derry and Slaughtneil manager Mickey Moran, are one of the powerhouses of Mourne club football.

They have won a remarkable seven of the last eight Down championships but, interestingly, have never managed to win Ulster.

In that same period, Derry teams have won the provincial crown four times - Slaughtneil (three) and once by Ballinderry.

Incredibly, one has to go back to 1988 and Burren to find the last Down team to lift the Seamus McFerran Cup.

Whether that less than impressive record has any bearing on Sunday's action at Pairc Esler in Newry (throw-in 2.30pm) remains to be seen.

What is certain is that Magherafelt will travel south with confidence gleaned from a tremendous run through the Derry senior football championship where they disposed of defending champions Eoghan Rua Coleraine in the first round.

The Rossas team boasts a good blend of experienced players and rising young talent which may yet be capable of springing a surprise or two this year.

For a full preview, plus a report on how Slaughtneil qualified for yet another Ulster Club Senior Hurling Championship final, see Tuesday's Chronicle.