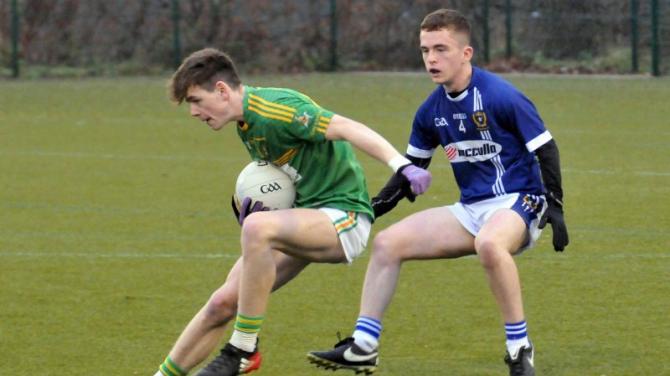 WITH Christmas just around the corner a number of Antrims Under 21 sides have still work to do.

In what turned out to be a rather disjointed “new “championship with a round robin dimension added , things certainly didn’t go to plan and it was never envisaged that this event would be incomplete by mid December.

That however, is how things panned out for a variety of reasons but fuinally there is light at the end of the tunnel.

The semi finals of both the A and B events will be settled this weekend following a late flurry of games.

In the A grade two South West and two Belfast sides will do business in the semis. Creggan, after their two point victory against Portglenone will take on favourites St Brigids, convincing winners against St Johns while Dunloy, after their impressive showing against St Galls face Rossa, who scraped home against Tir-na-nOg by a single point.

While the B semis will also be staged there is still one quarter final game to be completed. That one between Hannastown and St Endas will br staged on Wednesday evening with the semis going ahead at the weelkend.

All Saints Ballymena, who demolished Glenavy in the quarter finals will face Moneyglass while Glenravel, two point winners against Gortnamona will tackle either Hannastown or St Endas.