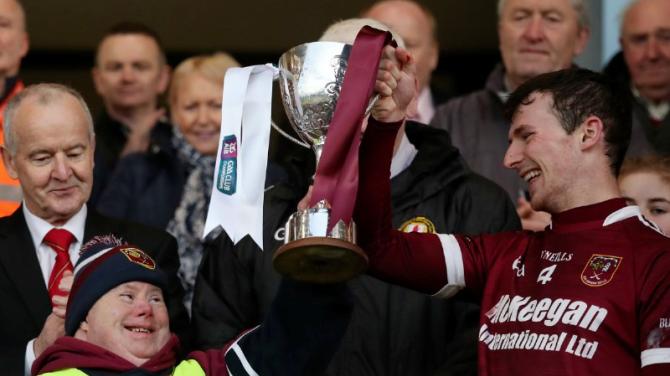 CONTRARY to popular belief, Antrim’s domination of Ulster hurling is far from over as Cushendall claimed the title at the Athletic grounds Armagh in style.

Admittedly, after the heady days of Loughgiel at the start of the last decade, the last four years have told a tale that dismayed many. Slaughneil the Derry champions had apparently taken over as had Poartaferry from Down four years ago. The Antrim champions of that period were nowhere to be seen.

That all changed on Sunday when the Ruairi Ogs strutted their stuff against the four to one outsiders to restore some pride in Antrim hurling and, from Cushendall’s perspective, right a wrong of some twenty five years ago when Ballycran caused a major upset in Casement Park when they beat the Ruairi Ogs by four points.

In winning their eleventh Ulster title they always had the upper hand and generally outplayed the Down champions from start to finish.

They did most damage in the first half going on to lead by eight at the break and while they played into the wind in the second half, they always had an element of control with the St Joseph’s men only getting to within four points at any stage after the restart.