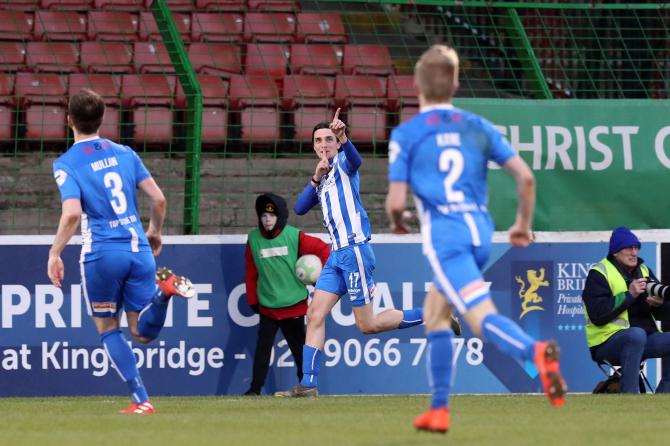 Jamie Glackin celebrates scoring the winner at Glentoran on Saturday.

GLENTORAN'S title challenge was blown off course at the weekend as Coleraine coped with the conditions better to come away from The Oval with a 1-0 win.

Jamie Glackin, with a goal direct from a corner kick, scored the only goal of the game as both sides struggled to cope with Storm Ciara.

The Glens huffed and puffed for large periods of the game and despite their best efforts failed to penetrate an impregnable Coleraine defence.

The victory saw the Bannsiders climb to second spot in the Danske Bank Premiership, tucked in behind new league leaders Linfield who won away at Warrenpoint Town.

To catch up with the latest from the most exciting title race in years, check out Tuesday's Chronicle.