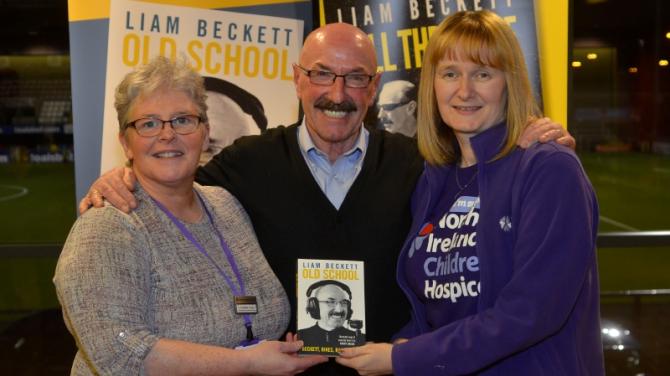 The book, a follow-up to Beckett’s first book, ‘Full Throttle,’ received its official launch at Seaview, home of Crusaders FC, earlier this month.

The launch was attended by his good friend and former Crues colleague Jackie Fullerton, Dame Mary Peters and a host of specially invited guests.

And when Liam announced that all proceeds from the book sale would be going to NI Children’s Hospice it brought big smiles from NI Hospice’s Catherine O’Hara and Elaine McBride, both present at the launch.

“It is great news for the Hospice,” said Catherine.