Big G hangs up the boots 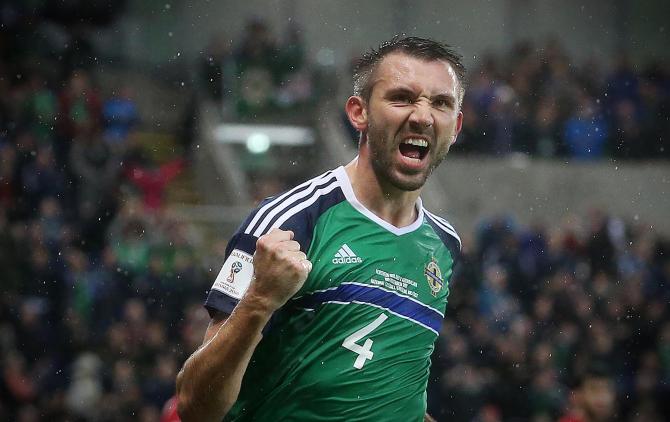 FORMER Coleraine defender Gareth McAuley has announced his retirement from football after 23 years in the game.

'Big G,' as he is affectionately known, was a stand-out performer as the Bannsiders lifted the Irish Cup back in 2003.

His performances in defence for Marty Quinn's team earned him a move across the water to Lincoln City where he excelled.

He went on to play for a number of English clubs, including in the Premier League with WBA, in tandem with a memorable career in the green of Northern Ireland.

The Larne man won a total of 80 international caps and will always be remembered for 'that goal' during the Euros in France.

McAuley thanked all those who had helpedhim in his career and admitted he was looking forward to spending more time with his family.

Full story inside this week's Chronicle.