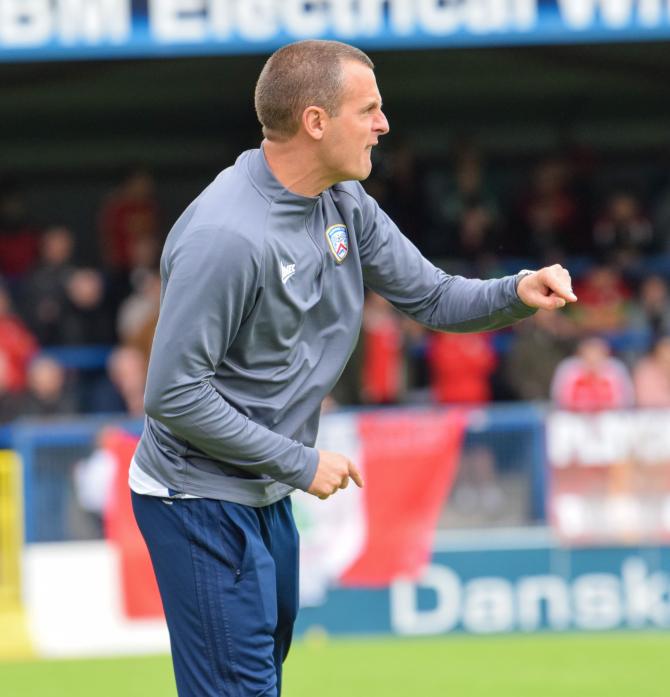 SOMETHING'S gotta give this weekend as the top two in the Danske Bank Premiership meet at the Coleraine Showgrounds.

Coleraine and Crusaders are yet to taste defeat this season and will clash at Ballycastle Road this Saturday afternoon.

However, the Bannsiders' hopes have been hit by injuries and suspension.

Leading goalscorer James McLaughlin suffered a hamstring injury in the derby draw at Ballymena and is unlikely to be fit to play.

Club captain Stephen O'Donnell and fellow defender Adam Mullan, meanwhile, are suspended having both received a red card in the 1-1 draw at Warden Street Showgrounds.

"Crusaders have had a real good start and we will need a real big performance," admitted Coleraine manager Oran Kearney.

The game is likely to see the return to the Showgrounds of former striker Jamie McGonigle who moved to the Seaview club before the start of the season.

See this week's Chronicle for all the reaction to Saturday's hard-fought draw at Ballymena.