Ill-discipline is costing us - Kearney 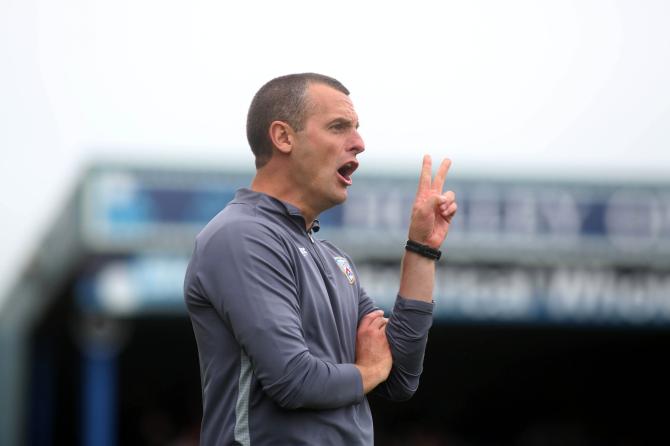 Oran Kearney has said Coleraine’s discipline is ‘a concern’.

COLERAINE manager Oran Kearney couldn’t hide frustration after the Bannsiders failed to capitalise on their win against Linfield.

The home side created several chances in the first-half, but were reduced to 10 men on 41 minutes as Eoin Bradley received his marching orders for an off-the-ball incident.

The Stripes were better in the second-half, and after Ben Doherty rattled the post, they failed to find a way past the Institute rearguard and had to settle for a share of the spoils.

“I’m disappointed,” said Kearney, “because we spoke to the players in great depth on Tuesday and Thursday night in relation to, and I’ve seen it hundreds of times as a player and manager, that when you go and get a result away to Linfield and everything that comes with it, to back it up the following week it’s probably more of a mental task than a physical one.

“I still thought in the second-half shooting into the Railway End that we would get our goal and three points, but the red card makes it harder and probably gives us less chances to do that," he added.