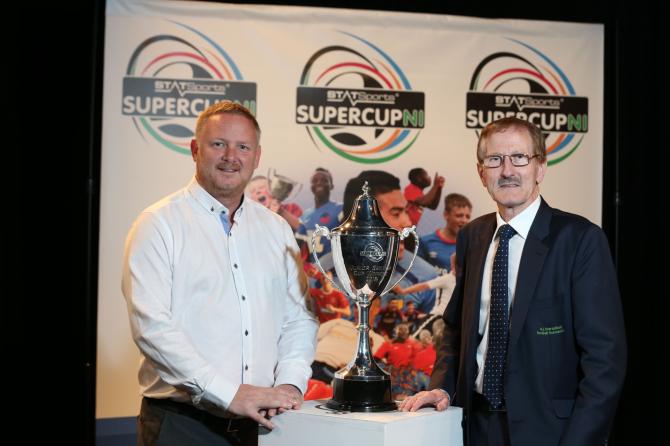 IT might have been a season to forget for Manchester United but there was a time, not so long ago, when they were where arch rivals Liverpool are today.

Twenty years ago this month, the Red Devils defeated Bayern Munich to win a second European Cup to complete an historic treble for the club.

Defender David May was a member of that all-consuming squad and he put aside disappointment of his former club's fall from grace to visit Belfast on Thursday to help with the draw for this summer's SuperCupNI tournament.

Manchester United, of course, has a long and storied relationship with the tournament, having won silverware on a number of occasions, and Sir Alex Ferguson has long been an advocate of the youth football tournament.

Matches will take place at Minor, Junior and Premier levels in what is the 37th edition of the competition.

"When we first started out in 1983 I never thought the tournament would get as big as it has," admitted tournament chairman Victor Leonard.

The tournament begins with a parade of teams and welcoming ceremony in Coleraine on Sunday July 28 with finals night at Ballymena Showgrounds on Friday August 2.

For a full report and photos from Thursday evening's draw, check out The Chronicle, out Tuesday morning.