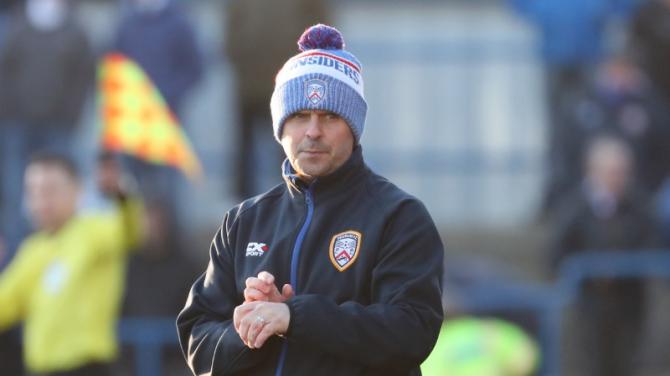 Before last weekend’s success, Coleraine had failed to register three points over the league’s basement club this season but McAree seemed satisfied that the duct has now been broken.

Speaking to Chronicle Sport, Coleraine manager Rodney McAree said: “The last time we played Newry at our place it was a disappointing evening for ourselves and we knew the Newry players would have enjoyed their journey home.

“We wanted to reverse that and it was not about revenge or anything like that, but we needed to make sure that we came here and gave a good account of ourselves.

“I thought we did that and the sending off was harsh from Newry’s point of view as I don’t know what Dale Montgomery has done wrong.

“I thought up until the sending off we started the game very well, I thought we played more football than what we did last week which was encouraging and it was an enjoyable evening,” said the Stripes boss.

Full story in this week's Chronicle.