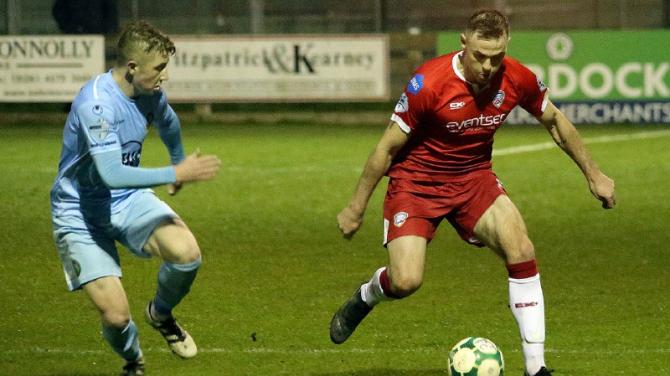 COLERAINE manager Rodney McAree hopes to persuade Darren McCauley to commit his future to the club, despite growing interest from rival clubs.

The midfielder is out of contract at the end of the season, alerting potential suitors.

Chronicle Sport understands that clubs on both sides of the border have expressed an interest in the Derryman who is Coleraine’s leading goalscorer this term.

He notched his eigth goal of the season in Saturday’s disappointing defeat at Warrenpoint Town and remains vital to the club’s ambitions of following on the success of last season’s Irish Cup win.

Speaking in the wake of Saturday’s defeat, McAree admitted the club was ‘working actively’ to re-sign McCauley.