‘Bushmills Through the Wars’ exhibition 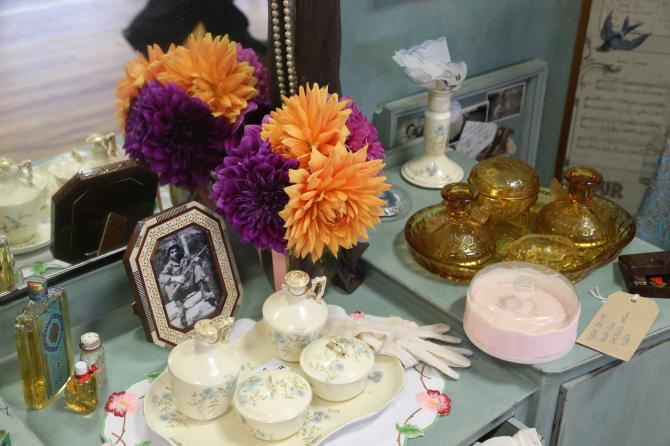 DUNLUCE Parish Centre will once again host the annual Bushmills Through the Wars Exhibition over a period of eleven days starting next week.
The popular event commences on Thursday July 11 and will run right through until Sunday July 21 as generations of young and old come to remember those who made the ultimate sacrifice.
The exhibition will be open daily from Monday to Saturday 10am to 5:30pm, with the opening hours on Sunday lasting from 2pm to 5:30pm.
Admission can be paid at the door and school children will be welcomed for free.
The exhibition will be taking in the Great War, Second World War, the 100th anniversary of the RAF, as well as remembering soldiers from all sides that lost their lives serving their country.
On show there will be uniforms, medals, rations, fashions, evacuees G.I. information and much more.
There will also be a vintage “Forget-me-not” tea room with home-made scones and shortbread.
It will mark the 13th year of the event which is organised by Bushmills woman Glenda Rodgers.
INTEREST
The historian revealed that her interest in the Second World War is due to the deaths of family members during the conflict.
“I have always been interested in the Second World War as my father lost his cousin Robert Glenn, as well as an uncle on a submarine.“As a result, there were always artefacts in the house from both men and that got me extremely interested in World War Two.
“I went on my first battlefield tour in 1989 and subsequently I have visited war graves all over the world.
“Therefore, with all the information and artefacts that I have gathered over the years, I decided to have an exhibition and it’s grown from strength to strength in recent years.”