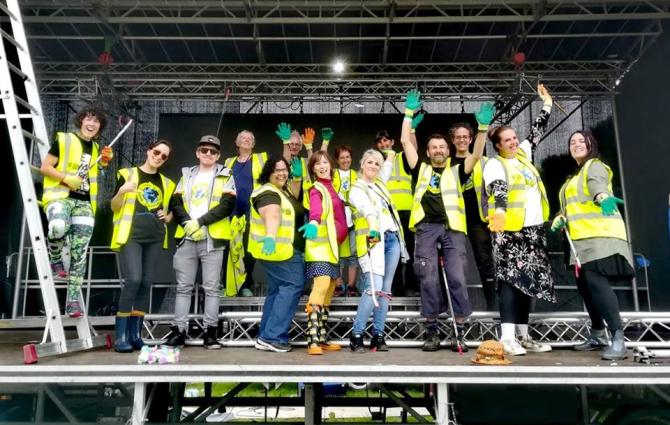 CAUSEWAY Coast and Glens borough could be “a beacon of best practice”, pursuing a zero waste economy.
That was the challenge set by environmental lobby group, Zero Waste North West during a presentation to councillors last week.
Causeway Coast and Glens shares responsibility for waste management in the region with Derry City and Strabane Council.
And with facilities in both areas nearing the end of their lives, officials are seeking new infrastructure for the coming decades.
On Tuesday, Zero Waste North West sent two representatives to Causeway Coast and Glens Environmental Services Committee to persuade members the way ahead lay in smarter recycling.
“An authentic Zero Waste Circular Economy (ZWCE) is a goal where all discarded materials become resources for others to use,” said Margaret McCay.
“It means designing and managing products and processes to reduce the volume and toxicity of waste and materials, conserving and recovering resources, not burning or burying them.
“It is also an opportunity for the North West to future-proof its economy and become a beacon of best practice within the UK and the island of Ireland.”
And, she added, zero waste goals were not simply about addressing environmental concerns.
Her group estimates savings to ratepayers of £3m per year were achievable and around 200 jobs could be generated.
“This is fast becoming one of the biggest sectors in Europe and we want to be a part of it,” she added.
One of the group's biggest concerns is that councils will settle on incineration as a waste management  solution.
And in 2015 they contributed to a campaign which saw Derry City Council drop proposals for an incinerator.
On Tuesday Jim Keys reminded members that recycling saves five times more energy than burning waste creates.
“Incinerators are the most expensive way to generate energy and handle waste. Cities end up in debt or trapped in contracts to deliver a minimum tonnage of waste for 20-plus years.”
He went on to say 90 per cent of materials currently incinerated could be recycled and the EU was now actively discouraging the process.
“Incinerators emit more CO2 than coal, natural gas or oil-fired power plants,” he added.
“Europe has started to phase out incinerators with the EU Action Plan for the circular economy.
As an example of what can be achieved, he sited the Stendhal festival which he described as “the ZWCE festival in Northern Ireland.”
Under terms imposed by event organisers vendors must use compostable plates, cutlery and containers, while cans and bottles are collected separately and sent for recycling in Ballymoney.
“International evidence shows that with a clear collection system and education around it citizens quickly see the benefits and embrace the transition,” said Margaret McCay.
“Stendhal demonstrates this.”
She concluded: “Our invitation to you is to join with Derry City an Strabane Council colleagues to ensure the outline business case for in-house waste management infrastructure focuses on a zero waste circular economy approach that maximises recyclate quality.
“It's about circulating resources, not creating waste.”