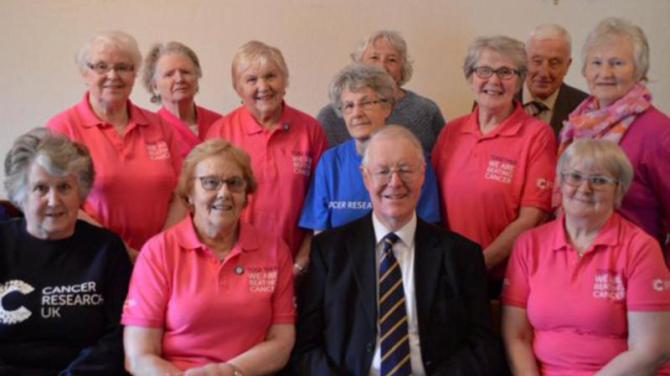 The Committee was established more than 60 years ago, and has gone from strength to strength. This year has seen their largest ever Big Brunch, which is held annually in Ballycastle Presbyterian Church Hall, raising £2000 which is going directly to scientists to carry out their vital research into beating cancer sooner.

They have raised a staggering £115,000.00 since their inception and have very exciting plans in place to ensure that this year is going to be their most successful year to date.

A Cancer Research spokesperson said: “The local Ballycastle fundraising committee have been a constant support to Research that is happening right here in Northern Ireland.

“The last 60 years have seen some staggering breakthroughs, not limited to pioneering progress in Radiotherapy, and the invention of Chemotherapy.

“Without local support for committees like Ballycastle, we, at Cancer Research UK, could not continue to do the vital work that we do. Together we are stronger, together we will beat cancer.”