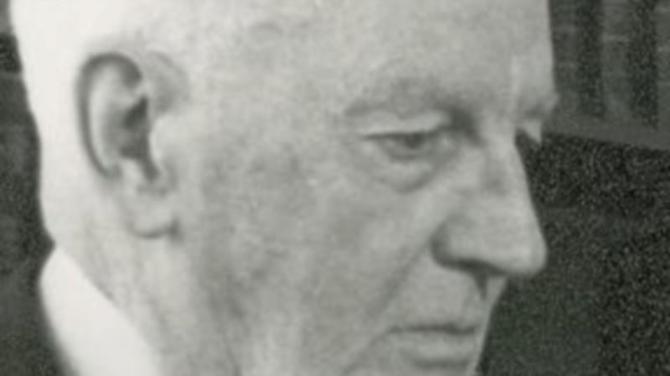 THE Delargy name is one that is well known in Cushendall, and the Glens, there was the famous Delargy Hotel.

It was a name associated with seafaring and shipping. Cushendall and Glenariff the two small coastal villages associated with this story would have held many captains and boatmen.

It was very much the way of travel until the mid-20th century. We previously did a biographical on Captain Charles Mc Donnell from Glenarriff for this publication.

The Delargy’s had a long tradition of going to sea, if we look through the shipping records, we can see that the Delargy name is mentioned frequently.

James Delargy Senior, having served his time as a sea captain. but James Delargy had given up the sea by the time his first son was born and was the owner of a small hotel in Cushendall on the Antrim coast.

The Subject of this month’s Ballycastle Biography, James Hamilton Delargy was born in Ballycastle on May 26 1899, the son of James Delargy and Mary Josephine Delargy nee Mc Quillan.

The family were wealthy family with James Delargy Senior (1849-1901) having served his time as a sea captain.

He had returned home, at some date and had given up the life at sea and had took on the lease or position of hotel keeper in a hotel in Cushendall. The Hotel was possibly a Francis Turnly foundation (March 2019 Biography) and erected in 1814 but at some point, the Delargy family came into the lease.

He was also representation at Rural Council level, representing Red Bay Electoral District and before that for a long period was on the Ballycastle Board of Guardians, he was supposedly particularly adept at the workings of the poor law system. It was the Cushendall Hotel that he was particularly famous for in the end. James Delargy was married to Mary Josephine on January 31 1894 in Belfast.

On the May 26 1899 a son was born to the family, he was christened James Hamilton Delargy.

Hamilton being his paternal grandmother’s surname.

As a child he was known in family circles as Hamilton in preference to James, but as an adult he seems to have preferred to be called Séamus, the Irish form of James.