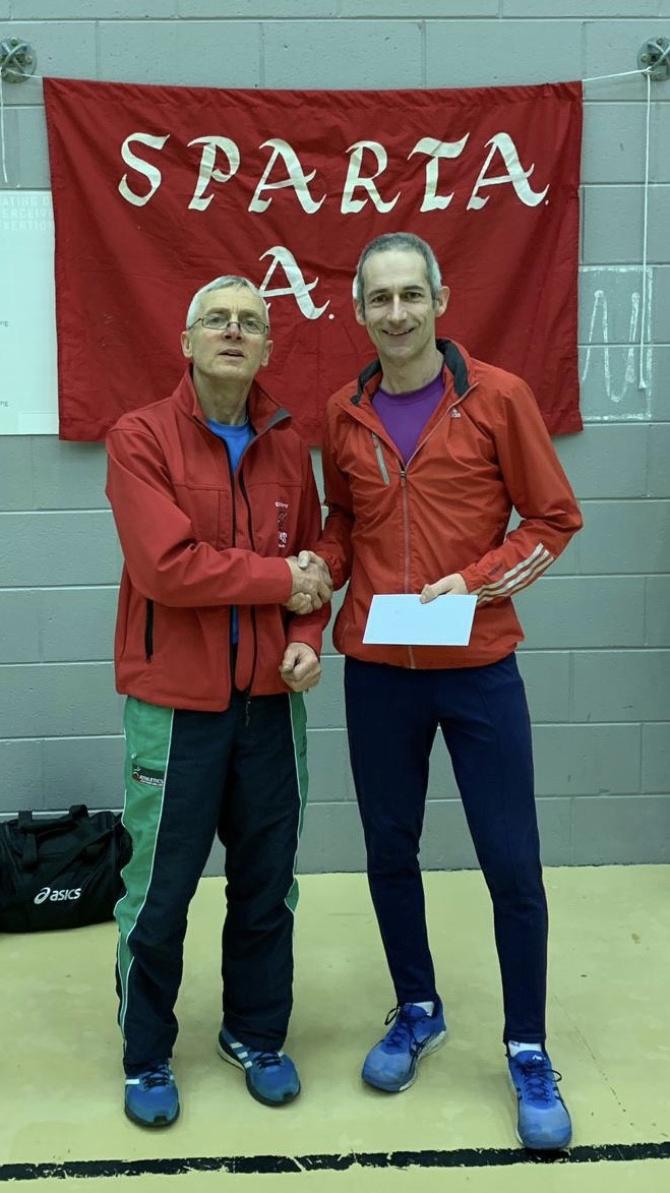 Chris Denton is all smiles after a strong performance at the Bay Road 5k.

LAST week saw Springwell Running Club members in action in the Bay Road 5k, the El Campello 10k in Alicante, the Newcastle AC Hill and Dale series and the Ballyliffin International Coastal Challenge with a host of age category wins and podium places.

The Bay Road 5k, hosted by City of Derry Spartans took place on Wednesday 17th April along the banks of the River Foyle and once again lived up to its reputation as one of the fastest 5k events in the country.

It was the in-form Mark McKinstry (North Belfast Harriers) who claimed the 2019 title with an impressive 14.49, closely followed by Danny Mooney (Letterkenny AC) in second with 15.02 and Eoghain McGinley (Letterkenny AC) completing the podium in a time of 15.07.

The ladies’ race saw Rachel Gibson (North Down AC) first across the line in 17.37 with Ciara Toner (Springwell RC) not far behind in 17.44 and Kerry Bamber (Ballymena Runners) third with a time of 18.01.